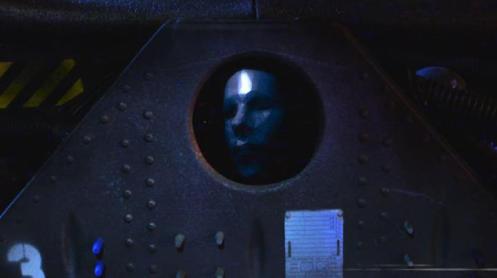 Starcadian (or STΔRCΔDIΔN) is an unsigned musician from Brooklyn, who crafts these chilled-out, smooth, spacey 80s pop vibes. They’re irresistibly charming, and it comes as a genuine surprise that he has less than 100 fans on Facebook right now.

“HE^RT” is the lead single from Sunset Blood, the upcoming ‘motion picture soundtrack’. What exactly is that, you ask? Starcadian described it best in an e-mail to me:

“Essentially, it’s a conceptual album that serves as a soundtrack to the ultimate 80s movie that played out in your head when you looked at all those amazing hand-drawn VHS covers at the video club when you were a kid. Each song is a set-piece from the film and it serves as what I call an ‘ear movie’. My hope is that when people close their eyes, they can visualize the action playing out. Seeing bumbling Miami cops chasing Dan Aykroyd, when listening to “Sgt. Tagowski”. Don Johnson strutting into a bar to the sounds of “Ronnie”. Alex Rogan, the last starfighter, gazing at the stars while humming “HE^RT”. Every single song from the album is a movie in itself, a sentiment brought up by memories of John Carpenter, John Landis, Joe Dante, all those wonderful storytellers from way back when.”

Sunset Blood is tentatively slated for a late August release (it’s currently being mastered), but before then there will be a sampler released, so keep your eyes and ears peeled! In the meantime, check out the video for “HE^RT” below, and buy it on iTunes if you’re keen.

If you’re looking for something that’s just as cool, and free, have a listen to Starcadian’s remix of Touch Tone’s “Home Away From Home” below too. I’d never heard the original until now, but they’re both worth checking out!

Above photo from the “HE^RT” video.