Starcadian (or STΔRCΔDIΔN) is an unsigned musician from Brooklyn, who crafts these chilled-out, smooth, spacey 80s pop vibes. They’re irresistibly charming, and it comes as a genuine surprise that he has less than 100 fans on Facebook right now.

“HE^RT” is the lead single from Sunset Blood, the upcoming ‘motion picture soundtrack’. What exactly is that, you ask? Starcadian described it best in an e-mail to me:

“Essentially, it’s a conceptual album that serves as a soundtrack to the ultimate 80s movie that played out in your head when you looked at all those amazing hand-drawn VHS covers at the video club when you were a kid. Each song is a set-piece from the film and it serves as what I call an ‘ear movie’. My hope is that when people close their eyes, they can visualize the action playing out. Seeing bumbling Miami cops chasing Dan Aykroyd, when listening to “Sgt. Tagowski”. Don Johnson strutting into a bar to the sounds of “Ronnie”. Alex Rogan, the last starfighter, gazing at the stars while humming “HE^RT”. Every single song from the album is a movie in itself, a sentiment brought up by memories of John Carpenter, John Landis, Joe Dante, all those wonderful storytellers from way back when.”

Sunset Blood is tentatively slated for a late August release (it’s currently being mastered), but before then there will be a sampler released, so keep your eyes and ears peeled! In the meantime, check out the video for “HE^RT” below, and buy it on iTunes if you’re keen.

If you’re looking for something that’s just as cool, and free, have a listen to Starcadian’s remix of Touch Tone’s “Home Away From Home” below too. I’d never heard the original until now, but they’re both worth checking out!

Above photo from the “HE^RT” video.

Gambino is back, again – this time with Beck featuring on a verse!

This is the third track from his upcoming mixtape, and it seems like he’s given it a title himself this time – “Silk Pillow”. The track is still uploaded as “untitled”. Perhaps we’ll get a set of track titles once the full mixtape drops?

In keeping with this mixtape’s trend, it’s a great track, so make sure you grab the free download while you can!

Above artwork by the excellent Sam Spratt. 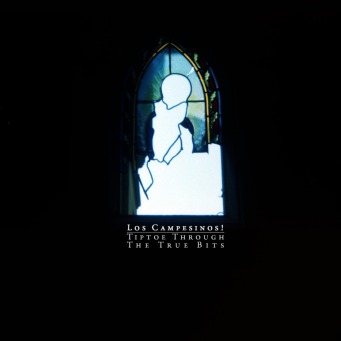 I’ve been waiting for this all day, and now at 11.20pm, it’s finally here. Los Campesinos! had been hinting at this song’s release on Twitter for a few days now, and the wait was well worth it.

The song’s lyrics seem to allude to the break-up Gareth went through prior to the band jetting off to Spain to record 2011’s Hello Sadness, and mixed with light brass riffs, delicate guitar slides, and a serene dual vocal section – well, it’s as amazing, gut-wrenchingly dark, and poetically beautiful as you’d expect.

It was recorded at the same time Hello Sadness was, but it didn’t quite fit on the album. The band also noted that it’s not a single, but just a free download for everyone. LC! are pretty nice like that.

See the blog post with artwork and lyrics over here, and download the song over here [direct link]. Free music doesn’t get any better than this.

They also have a new, limited edition t-shirt for sale. You might wanna get one.

Donald Glover is a busy man. Following on from last week’s new track, he’s updated his website with another. This week’s untitled song features Nipsey Hussle, and is produced by Boi-1da. It’s official that this is the second track from his new mixtape, making last weeks’ the first.

Blogs last week reported his first mixtape track as “We Ain’t Them”, and a few have already dubbed this one “Black Faces”. Being one of those people who likes his tracks tagged properly, I asked artist Sam Spratt (the man responsible for the excellent artwork for these tracks!) who said that “The tracks are all Untitled“.

Judging by the download URL <http://childishgambino.com/iamronald/week2/untitled%20(prod.%20Boi-1da).mp3.zip>, we can also assume that we’ll be hearing new tracks on a weekly basis for what could be a while too. And that Donald is changing his name to Ronald. ;)

Read the second note from “Big Ghost”, and download the new track over here – before it gets taken down in place of the next one!

Artwork above by Sam Spratt.

Last night I witnessed in real-time (thank you Twitter) the online music media scramble to publish articles on How To Dress Well’s latest track – “Ocean Floor For Everything”. It raised questions about the nature of such scrambling, but perhaps those would be best saved for another time and a more apt release. This is a great track, and the fact that it’s reaching more ears is only a good thing.

Tom Krell’s latest experimental lo-fi outing contains but a faint trace of the characteristic, and sometimes overbearing crackle and hiss of his debut album Love Remains, but fret not. The smooth, unearthly textures are still there in spades, whispering around the track and building what proves to be a grand and affecting song.

How To Dress Well’s second album, Total Loss, is due out in September (via Acéphale in North America and Weird World internationally). 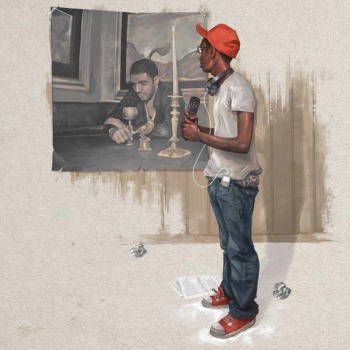 The past six or so months have seen me develop a strong liking for Childish Gambino. He crafts these great, often quite poppy, hooks before throwing his clever wordplay over the top of it all. A lot of it tends to focus on pop culture, meaning the impact of some lines can be considered quite ephemeral, but it’s so much fun digging through his lyrics and understanding the puns and references. Unfortunately, Glover seems to cop a lot of flack that stems from the fact that he’s also a successful actor – as if that should change anything? It adds small amounts of context to his work, but doesn’t detract from his talent.

At any rate, he dropped a new song last night. If you’re one of Gambino’s many devoted fans, it won’t be entirely new to you, but it’s a welcome studio recording. It’s also my favourite of the tracks he’s recently released, the others of which (“Eat Your Vegetables”, “Fuck Your Blog”, etc) didn’t quite click with me.

. The page, artwork, and story are no longer available. The link to download the track is also now invalid. Stream it below and read on to hear my ramblings and potential theories about Gambino’s latest output.

So, what do we know about this new song and his current work?

Oh, and Donald had a bit of a message for everyone on Twitter lately. If you’re interested, Forever Childish have put it together for everyone.
~
Artwork above by Sam Spratt.
Posted on May 18, 2012May 26, 2012 by Jeremy 1

“Maybe Tomorrow ft. Lilian Blue” is the second single from Chance Waters’ soon-to-be-released sophomore album Infinity. The Australian hip-hop artist – previously known as Phatchance – has been working hard on drumming up support for the impending release, and if this is anything to go by, the album is going to be a strong one. Filled with bright keys and Blue’s excellent chorus vocals, Chance takes small cracks at hippies, vampire dramas, and technology. The resulting juxtaposition only adds to the song’s charm.

Take a listen to it below, and if you click through to YouTube, you can check out the lyrics in the description.

How do you like your pop? A mix of sun, sand, and fun? Ghost Beach might just be your thing. The New York duo make, self-described “tropical grit-pop”, and while their latest track “Miracle” might not be very gritty at all, it’s definitely tropical. It’s a shame Australia is moving into winter right now, but if you’re heading somewhere warm and pleasant over the next few months, this might be just the right song to soundtrack it all. The pulsing bright rhythms are sure to bring a smile or two.

Take a listen below, and grab a free download at their website in exchange for your e-mail address.

Oberhofer are four-piece from Brooklyn, New York. Frontman Brad Oberhofer writes and records all of the music himself, and they’ve had a rather fast couple of years. Having already played Coachella this year and made their late-night US debut on David Letterman’s show, they’ll soon be gearing up for Lollapalooza in August. Considering their debut album – Time Capsules II – only came out in March of this year, that’s pretty impressive.

They recently released a cover of Kanye West’s “Runaway”, and the wispy, spacey sounds mixed with the light, crunchy guitars lend the song an entirely new atmosphere. It’s a warped, grey landscape, but one that’s almost more attractive than the original. Even if you aren’t a Kanye fan, this just might be your thing. Trust me.

Photo via the ever-excellent RCRD LBL. 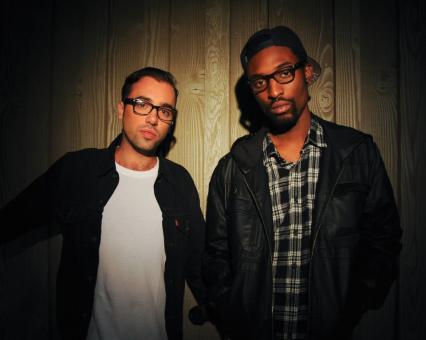 I know it’s only Tuesday, but it’s never too early to start putting together your weekend party mix, right?

New York duo The Knocks, who have remixed artists like Katy Perry and Marina & the Diamonds, and toured with artists like Big Boi and Chromeo, are steadily on the rise. “Learn To Fly” just missed out on being included on their Magic EP, but the band have decided to give it away anyway. Can you resist the dance hooks?

Have a listen, and download it. You really should.